Tysen Smith has a physical prowess and stands 6' tall and has plenty of room to grow. Smith is 12 years old, this young 7th grader plays both football and basketball for his middle school. To give you an idea of the dexterity of this student athlete, he dribbles the ball like a point guard, but plays in the post where size does matter. Smith has handles and will cross you up & break your ankles on the court. When you see him take the field and pad up; the demeanor changes and he becomes a one stop shop for highlights. He is a player to watch develop and a strong mid-west talent. Check out the link to Tysen Smith's profile:

Tysen Smith is a talent on the field, court, and in the classroom. Smith has a 3.9 Grade Point Average (GPA) on a 4.0 scale and maintains straigh A's even during his busy sports schedule. Smith was voted Captain of the 7th grade football season. Captain is most often viewed by the coaches as a leadership award. The ability to lead also means that others were willing to follow. Smith played offense and defense for his team. For Indiana Select he puts it all together and is also the teams kicker. In the Naptown Classic, Tysen Smith lined up as the punter on 3rd and 20. With gloves on he,  "Aired out a perfect spiral", on a line to a covered receiver. He has several talented Q.B.'s on the roster and although he plays Q.B. in middle school does not choose step behind center. He decided early on to concentrate on Defensive End and Tight End which are positions he will likely play in high school. 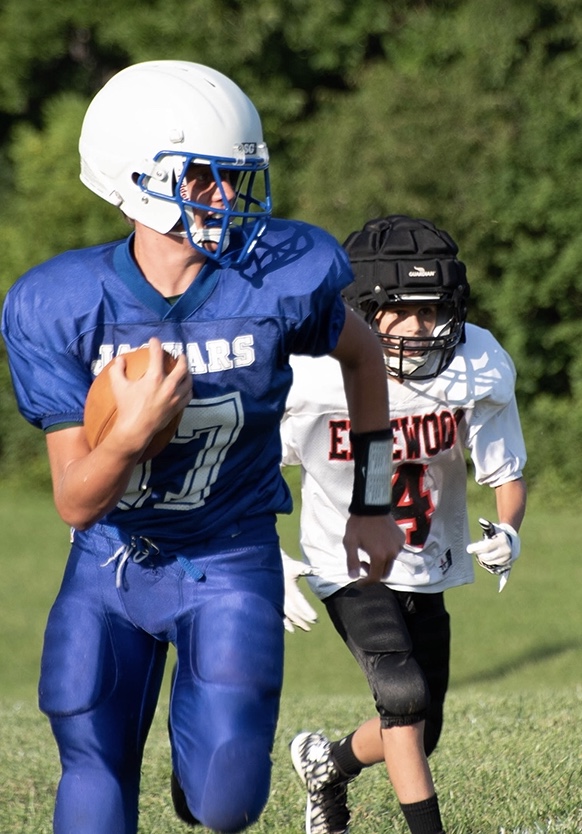 Tysen Smith lead his Jackson Creek football team in rushing yards as a quarterback, which is not the norm in the running back dominated ground attack used by most teams. The ability to run, pass, and elude tackles took Smith to the end-zone more than any other player on the team. Smith lead  the team in rushing and scoring in 2018 and  he received the coveted Silver Award or Most Valuable Player (MVP). His defense is not to be ignored and is arguably equally as talented at making stops. Eventually he will have to make a choice, but for now he stands out on both sides of the ball making Smith the definition of difference maker at the middle school level.

Smith is not known to brag or boast about his accomplishments or accolades and is humble even in the spotlight. This level of maturity makes him stand out on and off the field. The more attention players get the easier it is to embellish the moment and take plays off in games & in life. We will not have to worry about this student athlete because he has remained grounded and focused on the big picture, which is grades first.

We have to remember that Smith is a 12 year old and enjoy's having fun. Tysen loves to "Wake Surf" on the lake. Smith manages to stay on task and when he is not attending camps or training; he is dreaming of playing Division 1 Collegiate football on scholarship. If he continues to work then this is definitely a dream that could come true.

Smith is a fan of the Indiana Hoosiers and the Oregon Ducks. I am a die hard Hoosiers fan having grown up in Bloomington Indiana; but if we are talking helmets & jerseys then the Ducks have my full support.

Smith is currently a two way starter for Indiana Select "Elite Middle School" football program. Since joining the program he has gotten nominated for the All-United States Games, www.all-unitedstatesgames.com . Tysen will represent the "Midwest East" in the 12U Division. He has been featured in the national campaign as the first players from Indiana to have been nominated and selected to participate. 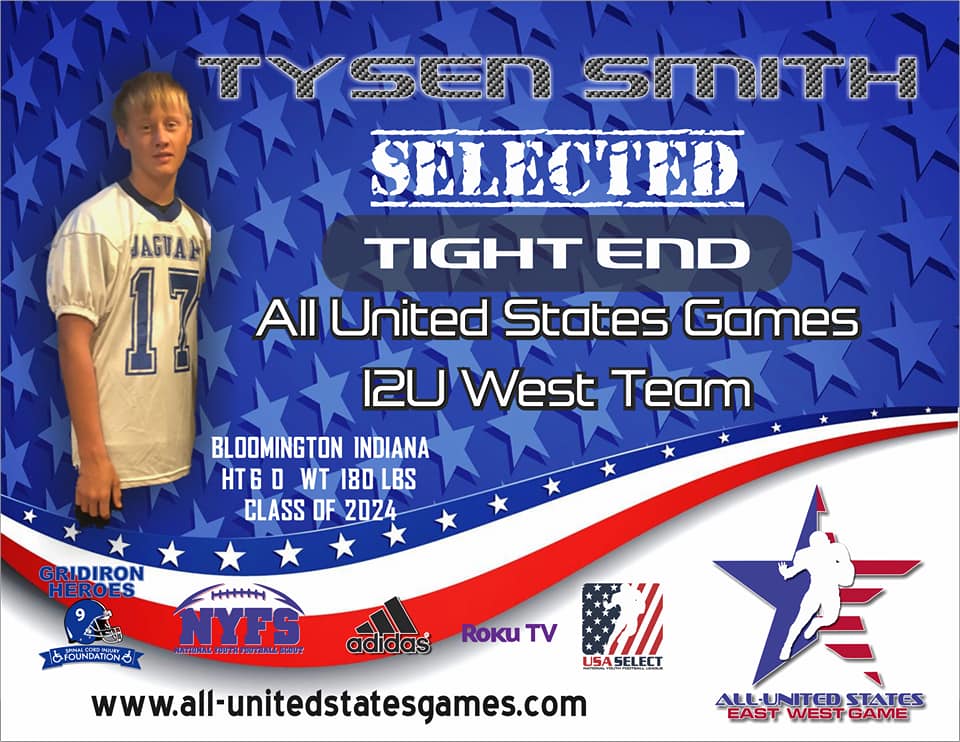 During Smith's first tryout he received  the short lesson/instruction on the fly with the older age group at the Incrediplex in Indianapolis Indiana. His football IQ was high having played QB and so he picked up the receiver route tree in just a few short minutes. Soon Smith was catching balls in the 7X7 drills and his most effective route was the arrow route. He ran this route to perfection and quickly became a coaches favorite,

In his first tournament,held at Cathedral High School in Indianapolis Indiana, Smith caught a pass as a tight-end and took a huge hit. He laid out for the ball in text book fashion and was subsequently planted, lifted, and slammed to the turf. This was one of the hardest hits you will ever see in a youth football game. Smith was not emotional as he laid there with coaches from both teams making sure he was alright. He simply took a few breaths, gained his senses, and after going through the injury protocol was ready to go back for more.

Tysen Smith currently trains with former Q.B. - Vad Lee in Bloomington. I had the privilege of meeting Vad Lee and was more than impressed with this young man. This is the perfect mentor for Smith who will benefit from Vad Lee's experience and positive outlook. Vad was recently named Indiana University Football team chaplain.

Here is a link to a very inspirational speech by Vad Lee; "This young man is mature beyond his years. He speaks knowledge, wisdom, and has a way with words; namely the good word. Vad is a breath of fresh air and his leadership is needed in the "Wide World of Sports", (Cole, 2018).

Here is a link to the article in the Indy Star: 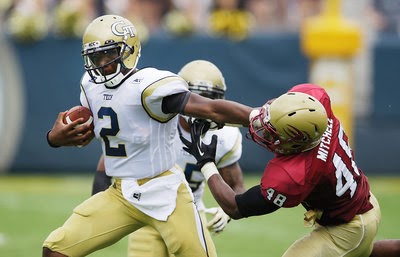 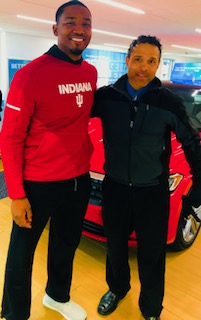 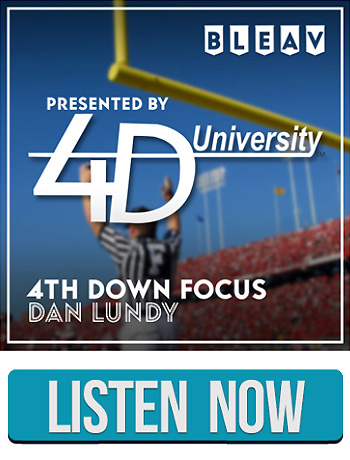