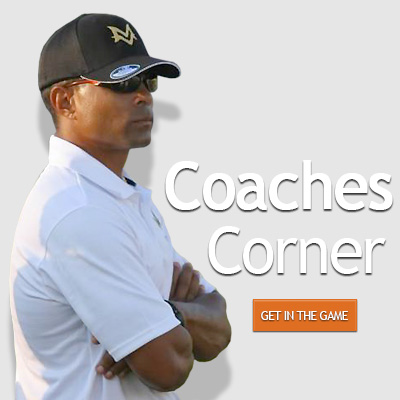 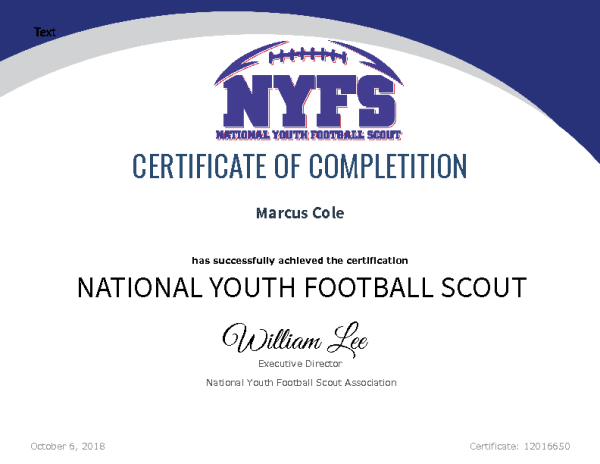 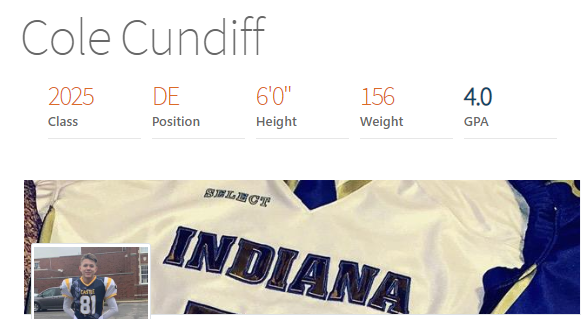 Cole Cundiff is just one of those players you love to have on your team. This student athlete always works hard in practice, sponges up information, and is eager to learn new technique. Cole was recruited to play for the Indiana Select 6th grade tournament team. When we got the group together he stood out because of his size. He is 6' tall and weighs 160 pounds. This is unusual for this age group and I immediately walked to him and asked his age.

He was confident and looked me in the eyes, "I was 12 and I am in the 6th grade coach". 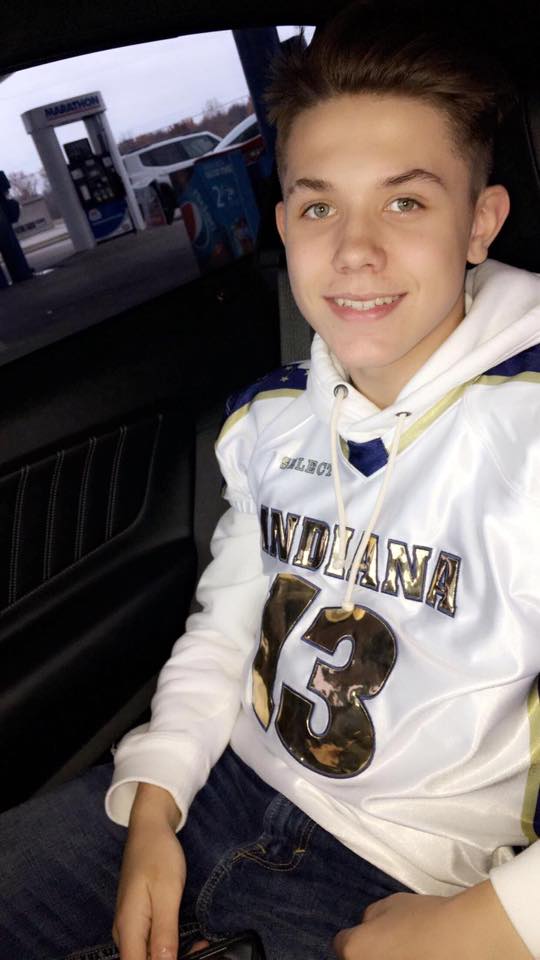 Cole is a very personable young man and I was impressed with him when he approached me before a practice. He said, "Hi Coach Cole. My name is Cole Cundiff", (Cundiff, 2018).

I quickly replied, "I know exactly who you are and you have the right name" (Coach Cole, 2018).

Then this "Hugemongus" player smiled and got my joke about names with no explanation. For the record Hugemongus is not a word in the dictionary but the only word I have found in my vocabulary that describes some of the players on this team.

Cole is not all about sports and likes to play Fortnite like the best of them. He also wants to build drones for the military and wouldn't mind being in the NFL one day. Cundiff loves his sports, but never forgets to give back to those less fortunate. He likes to help out with the special needs children when possible and likes working with younger children as well. He is a well rounded student athlete with county records in the shot-put and a focus on putting grades on top of his priority list. We played the Naptown Classic Tournament at Cathedral High School and Cardinal Ritter this weekend, which are both Catholic Schools. This weekends practice will be held at Roncalli high school and this must have been in gods plan, because the Cundiff family are proud Catholics. 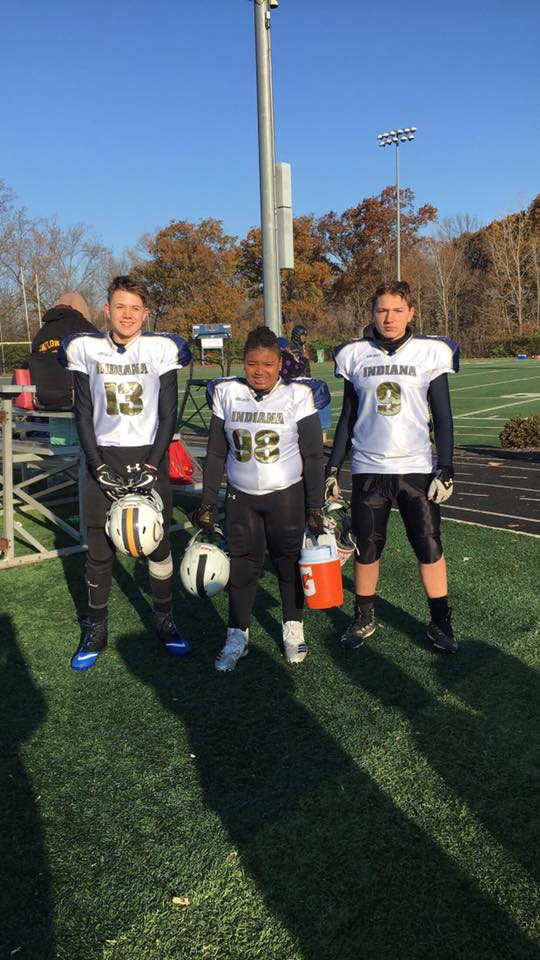 Cundiff pictured with his teammates

Cole Cundiff tried out for Quarterback and a great arm, but was not 100% confident competing for the position. When the coaches needed a running back he stepped in; like he was waiting in line at McDonalds after starving for a week!

I have scouted several players over the years, I was most impressed with his speed. I asked him between drills, "Have you ever played running back before?"

Cole said, "I played running back and I was the fastest runner in the county last year". From this point forward he was slotted to run the ball for us.

The first tournament was a true test with the first game of against a Springfield Ohio All Star Team. This team boasted an undefeated record and in all my years of coaching have never seen a team at this age with this much size. The team was flat out huge and on top of that they were athletic on both sides of the ball. Cole was put into the Lions den with this team and did not blink an eye, while carrying the ball 10 plus times and making several 10 yard gains.

Every time we switched to defense Cole commenced to "Eating Running Backs" for a mid evening snack. He got high fives from his team mates, cheers from the crowd, and heard the praise of the coaches, but not once did he show signs of getting the big head. The pressure he exudes on himself is motivation enough and pushing his buttons is not necessary to get him to perform at a high level.

The game came easy to Cundiff all weekend on the defensive side of the ball and he is the first to praise the effort of his team members. He has a level head and does not let the hoopla get into the way of his game play. Some players lack the self discipline and resort to talking trash & finding short cuts to slow the game down or gain advantage. Cole plays with a chip on his shoulder and goes 100% on every play which is contagious. 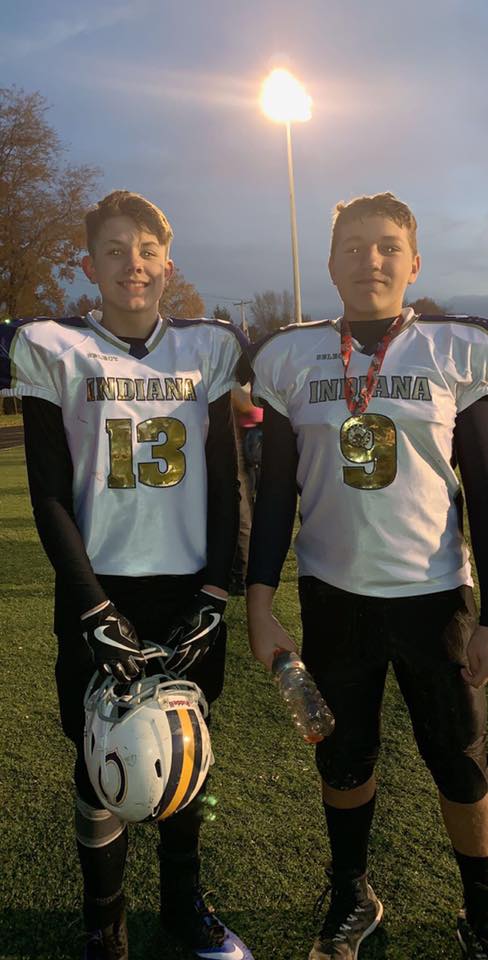 Cole Pictured with yet another "Gigantic" 6th Grader

Cole however made his impact on defense. He was basically unstoppable all weekend and made some dynamic plays from the outside linebacker position. He blitzed, played in coverage, contained, sacked, and tackled players for loss like a seasoned veteran well beyond his years. The entire team stepped up to the plate and finished with a runner up medal, which it were not for one broken play would have been the first "Hardware of the Season". 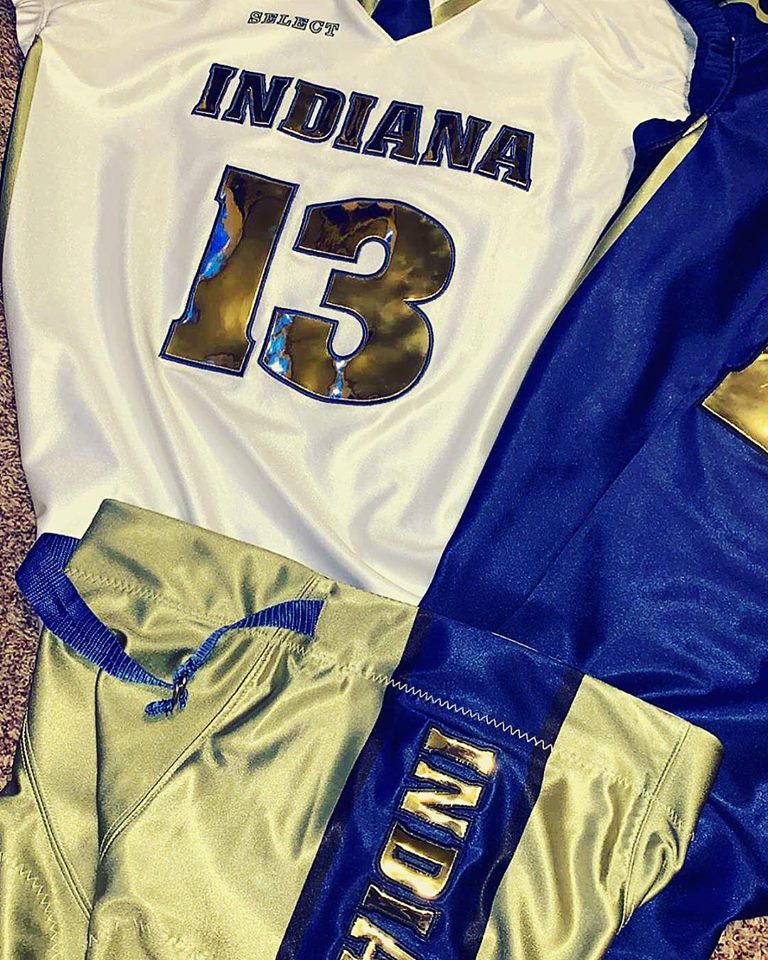 Cole Cundiff- Jersey #13 and nothing unlucky about this #13 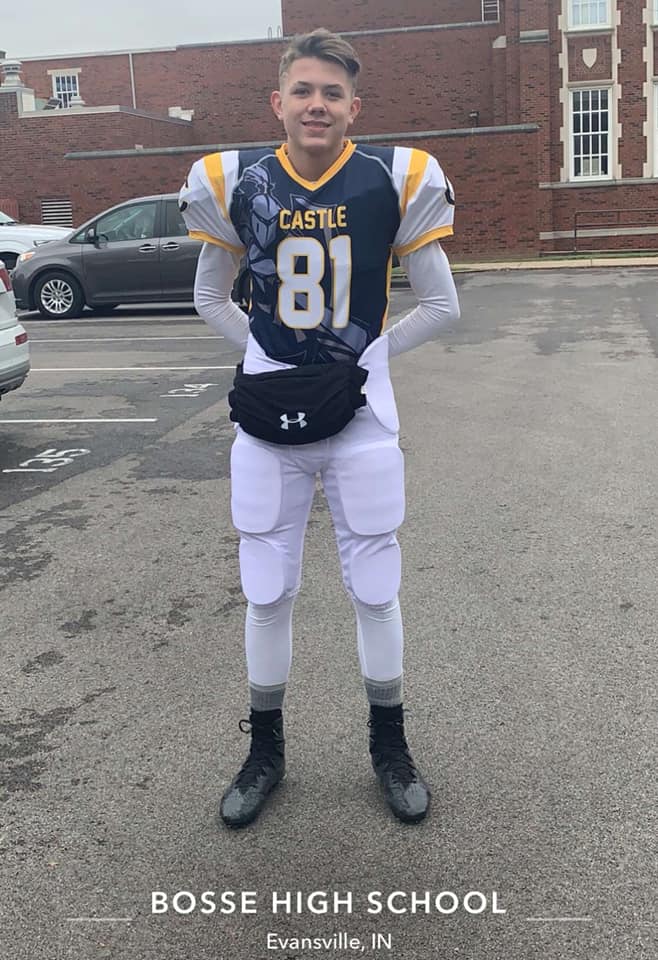 This was Cundiff's coming out of the box party or homecoming of sorts. Indiana Select introduced Cole Cundiff to the parent, opposition, and will eventually let me showcase his talent in Canton Ohio. Indiana Select will be taking the field in Canton and biding for the National Championship games.

"Cundiff will play an intricate role in the championship run and if we all put the effort, energy, and passion of Cundiff; we have a real chance in December. We are building the teams to compete nationally against Texas, New Jersey, North Carolina, and California.",(Coach Cole, 2018).

"We have several players on this team that deserve to be recognized and Cole is one of them. This group is special and each individual plays an intricate role in the success or failure. This may sound trivial but it's not about winning, but how you play the game. Cundiff has a special gift to run, jump, and throw with 6'0 frame around to make plays. He will need the support of his parents, coaches, mentors, and the community to take his play to high school and beyond. The coaching staff of the 6th grade looks forward to grooming this talent and shaping him into the best he can be and the sky is the limit for this student athlete", (Coach Cole, 2018.

It is a joy to coach the "Elite" athletes and when they come to practice & games ready to put in work its even better. We don't expect anything from the players, but that's not to say we don't have high expectations when it concerns the effort they put forth on the field and in the classroom. We hold the players to a high standard, but only have them with our program for a few short months of the year. This is our time to motivate, inspire, and groom them for success now and in the future", (Coach Cole, 2018).

Cole Cundiff steps up to the plate for his team in the Rocky Top Thanksgiving Bowl on offense and defense.

The Indiana Select Families spent 2018 Thanksgiving holiday amid the splendor of the Great Smoky Mountains, while participating in our 47th Annual Thanksgiving Bowl. In the last four years, our tournament hosted over 210 teams from twelve states competing in our three-day tournament. "The tradition of the Thanksgiving Bowl is like that of the Chicago Bears and Detroit Lions playing on Thanksgiving. The venue simply adds to the prowess and makes the event stand out from other youth football tournaments. The mountainous terrain, warm climate, and the seasonal changing of leaves makes this new favorite for the Indiana Select Youth Football League (ISYFL) organization", (Cole, 2018).

Cole was called on to play big and he was all over the field. He made catches in traffic using his size to win the jump ball. Cole blitzed the edge and used his speed to maneuver into position time and time again when needed. The coaches tried several combinations at QB and his number was called for most important game of the weekend.

I was acting offensive coordinator and decided to mix up the pot, in order to put some points on the board. This decision was based solely on potential. In youth football the goal for most teams is to win, get the big trophy, and most of all put the program on the list of best in the nation. This was one of the biggest reasons Cole was not starting QB from the start. The short-term gratification often supersedes the development of a player long-term. Players like Cole are prototypes for a specific position, but given his physical prowess and ability to impact a game from different positions; his natural position was put on the back burner. This is the nature of youth football and even Coach Cole can fall into the trap of winning first and developing in the off-season only. 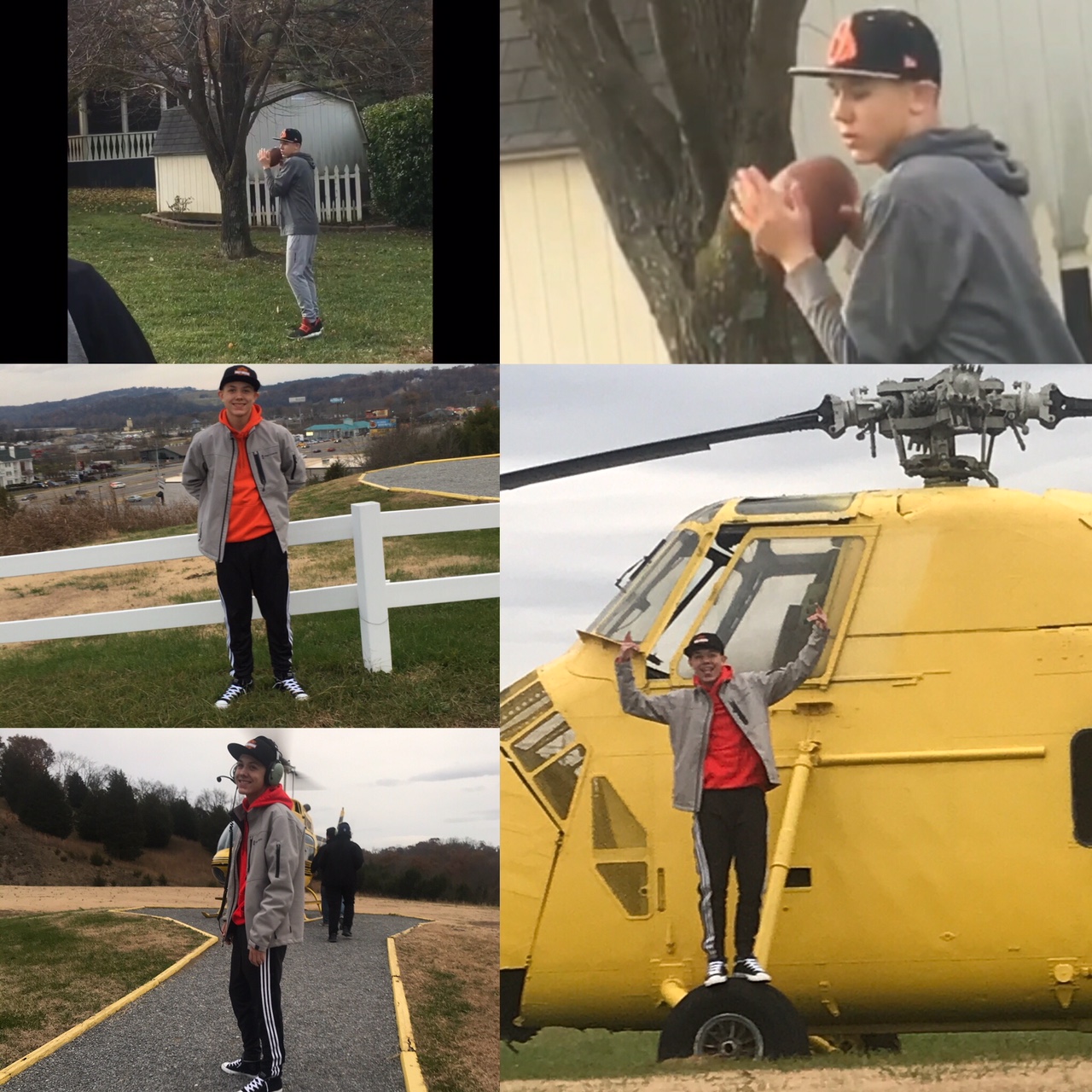 The frustration from a coaching standpoint was beginning to set in and I continued to rattle my brain to find a way to score the "Rock" consistently or score at all. The light went off finally and I realized we have the answer right here. We don't need to beat our heads about who, what, when, where, why, and how do we make changes! Changes are only necessary if they are warranted and the QB change was not only warranted, but justified using game footage as the mediator.

I motioned to Cole to come to the sideline and he literally sprinted over to me. I said, "Cole take off your gloves and get loose. You are going in at QB and I want you to step into the pocket and launch a deep ball".

We had plenty of time between games and the coaches took time to throw with him as we prepared him for the test. He was at the hotel throwing and taking in all the instruction, but I told him to go have fun. He was outside of the hotel throwing balls with me before dinner and finally decided to go explore the countryside.

Cole passed the first test and soon the coaches were helping him with throwing mechanics, footwork, and I provided the conceptual framework of the offense in a short "yet all inclusive" readers digest version of the spread offense again before the game.

This student athlete picked up the concepts and by the end of the weekend opened the eyes of all in  attendance by running for two touchdowns and completing 3 passes for first downs. Cole was not only a threat running and passing, but used his physicality to make blocks on the backside of the play and opening up cut back lanes for his running backs.

Cundiff will be starting QB for Indiana Select 6th Grade this weekend.  The games will be held in Canton Ohio at the Pro Football Hall of Fame Academy; The state teams will compete for the 2018 Youth Football National Championship. 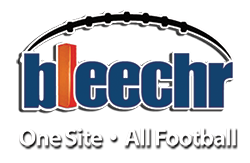 This week, Cole is practicing his passes with this older brother, "Tate Cundiff", in the yard and making strides with every session. The sky is the limit for this player and his development will be front and center for the rest of the All Star Season and in the off season for Coach Cole. 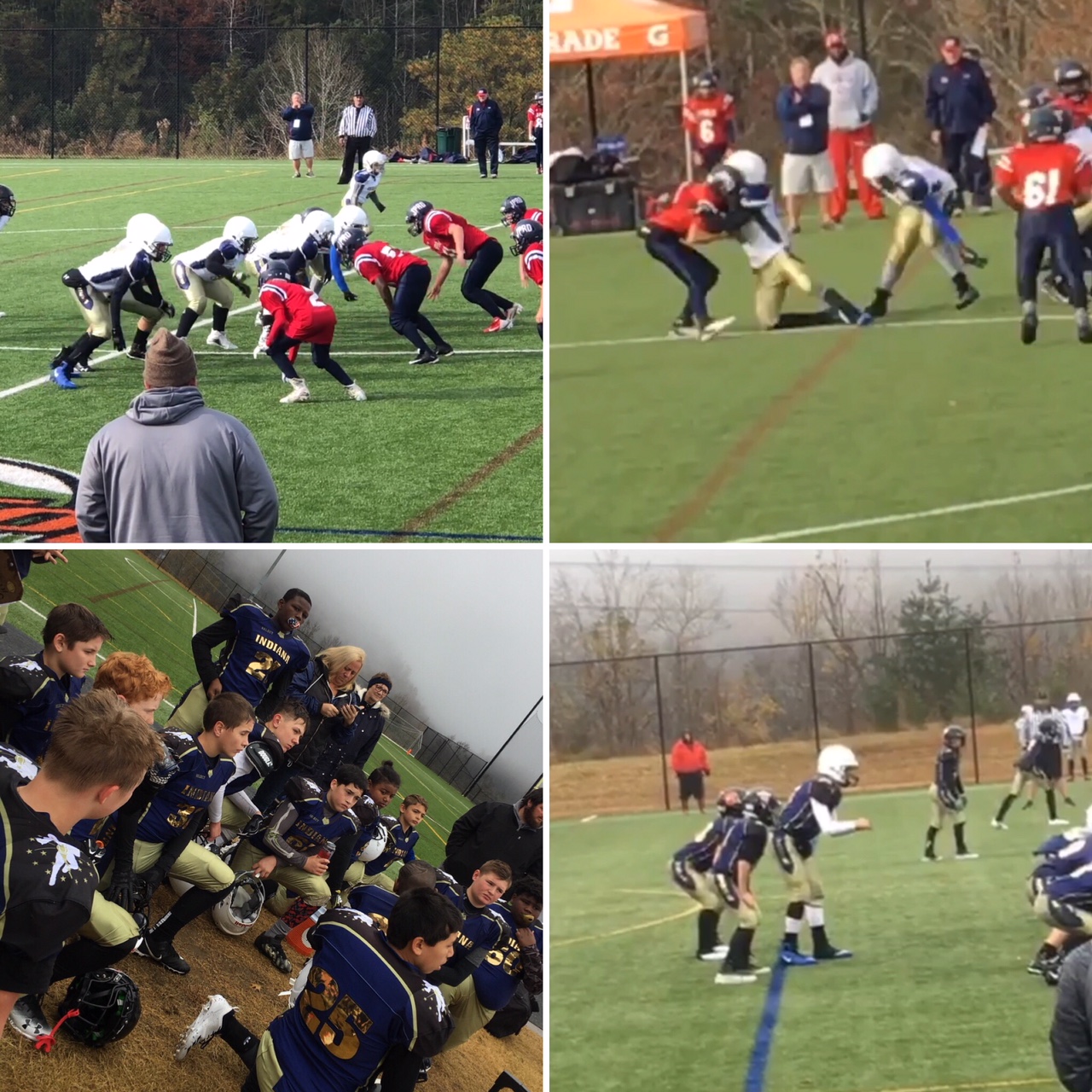 We have an obligation to the student athletes to put them in the best position for their ability. This often means placing them into a role that may not help them get better for high school. This is an ethical and moral dilemma for a coach and must be addressed more often than not. The obligation to the program to win and the obligation to win games never mesh.  This situation causes conflict with parents, coaches, hurts the reputation of programs, and the players often fall victim.

Cole Cundiff is a team player and never complained, second guessed, or even indicated disappointment with his role as defensive stopper and blocking tight-end. This team was better because this attitude and will continue to get better as Cundiff gets comfortable in his new role on the team as QB.