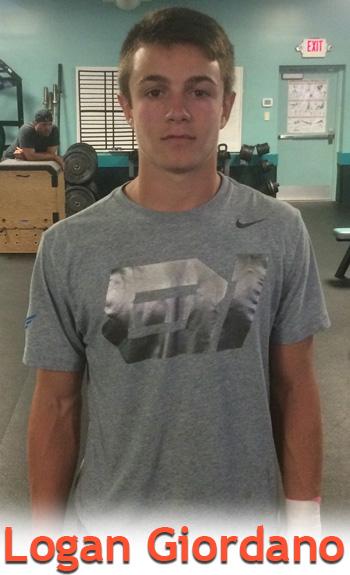 The next great undersized weapon on the gridiron may just be lurking in Fort Lauderdale. Logan Giordano is a 5’11” cornerback and receiver for the Archbishop McCarthy High Mavericks..

While undersized, he is an exceptional athlete and is not afraid to challenge bigger receivers. His athleticism and quickness have earned him two scholarship offers from University of Miami (Ohio) and Ohio University. Oh by the way, he still has three years left of high school.

The class of 2018 prospect made a splash in his first season at McCarthy, starting at corner as a freshman. Unfortunately, his season was cut short after suffering a fractured ankle, limiting him to only 8 games on the year.

Nonetheless, he compiled an impressive stat sheet for a freshman playing on the varsity squad. He tallied 25 tackles and 2 interceptions on the defensive side of the ball and 7 receptions on offense, where he was used sparingly.

While he played detached coverage for the majority of his snaps, his tenacity, feistiness, and athletic ability is reminiscent of the Miami Dolphins’ undersized corners in 2014, Brent Grimes and Cortland Finnegan. It’s no coincidence either; Grimes is his favorite player. 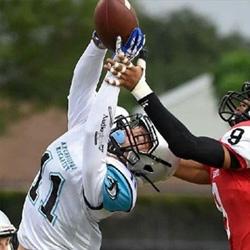 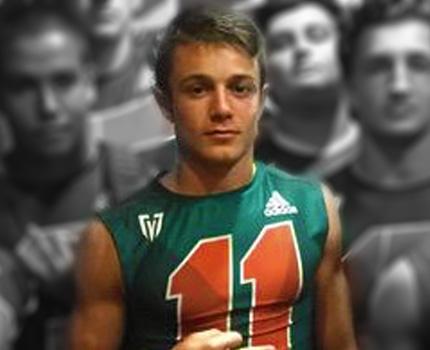 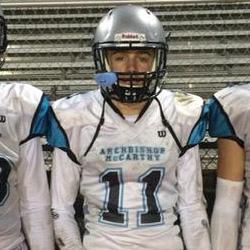 Giordano relates to Grimes in that he was always underrated and undersized. He is sticky in coverage and has the ability to make plays on jump balls, but he is not afraid to come up and make tackles.

He is no slouch in the weight room either. At only 160 lbs., Giordano benches 200 pounds and squats 265. He, and his Mavericks’ teammates lift four times a week, in addition to weekly 7-on-7 practices. Although he’s only a rising sophomore, Giordano makes time to get better and impress recruiters at various camps as well, such as FSU, USF, Elite, and other local camps.

Giordano, who also plays basketball and lacrosse, has been playing flag football since he was five years old and is a product of the Davie Broncos Football Club, where he played from 6th-8th grade. “The football field is just my place to be. Whenever, no matter what I’m feeling, no matter what’s going on in my life, I just want to play football, ever since I was young.”

When it came to high school, he settled on Archbishop Edward A. McCarthy High in Southwest Ranches, FL. “It’s like a family, every player has your back at all times no matter what, in and out of school,” he said about studying and playing at McCarthy.

After his first year at the school, the young prospect is already embracing a leadership role, demanding a lot from himself and all of his teammates. He’s not one to look for personal glory, but strength as a team.
“Everyone in here right now is not as strong as they could be and we just want to get stronger as a team. We don’t want to get knocked around on the field.”

His expectations of his team for this upcoming year are certainly not lacking in the boldness department either. The team is currently an independent 2-A school but is looking to get back into the 6-A Classification.

There are no shortfalls  on expectations of Giordano in the McCarthy community either. WR Coach and Recruiting Coordinator, Matt Bishop,  said of Giordano, “This guy’s got a lot to show. He’s got his grades up, he’s going to have a great year.”

As far as personal goals are concerned, Giordano simply wants to do anything he can to improve his team. The Mavericks will certainly be relying on him more in his sophomore season, likely asking him to do more work on the offensive side of the ball in addition to continuing his play at corner. While he still has room to improve on his speed, he has an uncanny ability to get open and make plays.

Giordano’s ultimate goal, he says, is to play football at the University of Miami. Although currently underrated, Logan has the skill and drive to earn a spot on a major Division-I program.  Logan will definitely be a playmaker in the upcoming 2015-16 season and beyond.

Other notable Mavericks to watch for:

Our Partners
These groups share our passion for exposing, showcasing and training talent from coast-to-coast.