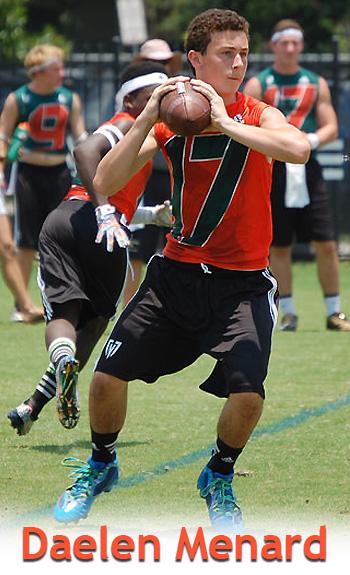 One of the hottest young arms in Florida has taken his talents to Chaminade-Madonna in 2016. Daelen Menard, a class of 2019 prospect, adds to an already loaded young core, featuring 18 current Division I commits. His track record speaks for itself, featuring top finishes at camps and competitions around the country.

As a freshman in 2015, Menard started all 11 games at quarterback for Monsignor Pace High School, after beating out a senior for the starting position. Prior to leading the Spartans on the field during the regular season, Daelan led them to the Sweet 16 at the summer 2015 Adidas 7v7 Florida State Championships tournament. At the same tournament, he led a team in the Rising Stars division to a championship victory. It wasn’t his first championship crown either, as he also led his middle school West Pines Wildcats to a Super Bowl Championship .

The accomplishments don’t stop there for the rising sophomore. During the 2015 Future Four National QB Challenge, Daelen placed second in the long throw contest with a 65-yard pass and ranked as one of the Top QB's of the event. In 2014 as an eight grader, he received a Top Gun Award at Football University’s (FBU) camp in Ohio, as one of the top five quarterbacks at the camp. According to QB Hitlist, Menard is the second best quarterback in the state of Florida for the class of 2019. 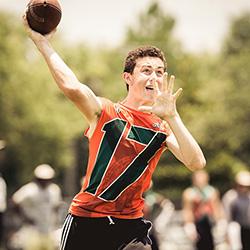 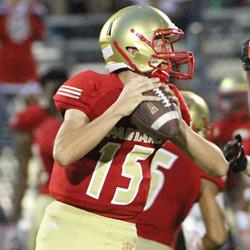 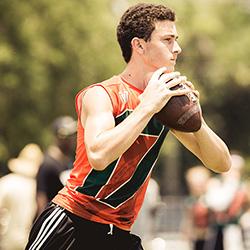 His on-field prowess extends to the classroom, as well. Menard’s decisions on where to play football, both at the high school and collegiate level, are driven by a desire to be challenged in school. The three colleges currently at the top of his list – Stanford, University of Florida, and UCLA – reflect his desire to play football at a strong academic institution. His GPA is currently 4.3 and his off-field goals are just as impressive as his on-field résumé, as he hopes to potentially earn an MBA or law degree one day.

According to many of his coaches, Daelen’s composure is never too high or too low, always keeping cool under pressure. He will inevitably up the ante in the coming years, as his commitment has shifted entirely to football after a lifetime of being a two-sport athlete. At just 12 years old, he threw a perfect game, showing that he had just as formidable an arm on the mound.

The Lions, ironically enough, know exactly what they’re getting with Menard, as they were on the opposing end of a game where he threw for over 250 yards, a touchdown, and no interceptions. Despite eventually beating the Spartans, Coach Milgrom and Chaminade know exactly what Menard is capable of when he gets hot. He is dedicated, mature, and coachable, and has the potential to lead Chaminade to the top during the next three years. In spite of his accolades, Menard still has to win the starting job in 2016.

With an arm like his and an appreciation for the mental aspect of the game, his quarterback idol is, not surprisingly one of the best quarterbacks of all time, Tom Brady. Daelen is currently training with his personal quarterback coach Chris Cormier, as well as the Chaminade-Madonna off-season program. With baseball now in the rearview mirror, and his focus fully on Lions football, Chaminade-Madonna, will be one of the most intriguing teams to watch in 2016. 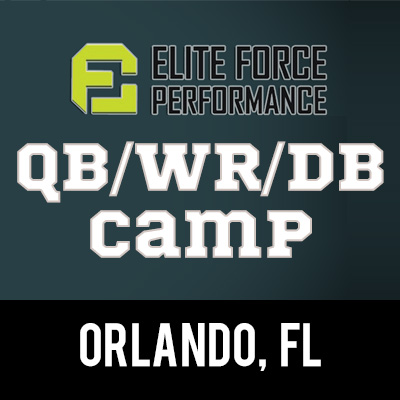